Extreme Movies To Shock You

Shocking death videos are in retrospect a reflection of the world we live in and the endangerment of humanity within a society that has been riddled with crime. Death in itself is not the sole foundation of our fears, but often the manner in which death is bestowed upon us, from the tumultuous acts of murder that sends us to our final resting place. Bloody battles in war torn countries encapsulate us as we watch in outer shock the slaughter of people through beheadings and suicide bombings. A world apart from the news we see on television, the graphical components displayed on these shocking death videos and DVD's are geared to expose the visual reality of sinister crimes carried out by murders.

Shocking Death Videos Are Not For The Squeamish


Every shocking death video and the gut wrenching Buried In The Sand DVD is an eye opening depiction of death from the battle fields of Iraq to the playgrounds of America. The graphically intense footage of disturbing and shocking death scenes is shown as it really happens in today's society leaving nothing to the imagination. View the heroics of Paramedic workers live on the scene as they deal with the everyday madness of saving lives, from stabbings, car accidents, victims of gun shot wounds and much more as they race against time to revive and save lives. These videos and DVD's are no Hollywood movie reenactments with actors and stunt men performing dangerous deeds, but rather non glorified truths of what really transpires in today's world. 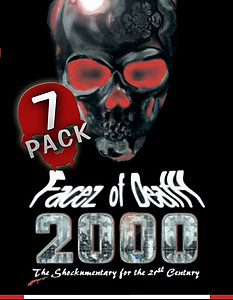